It’s 2014 already and this means new set of photo challenges. I am not so sure if I can keep posting on a weekly pace but I’ll try my best. For this week’s challenge, we’re asked to share a photo with a window. Here’s my share:

This was actually taken last year during a trip to Ilocos Norte. I was with a group of people inside a tour bus and the setting sun caught my eye so I stole some shots inside the moving car.  I haven’t published a travel diary on that yet. I hope I will have some spare time to finish the posts in  time for my next set of trips. 🙂

Have a great week everyone! 🙂

This post is my entry to Daily Post’s Weekly Photo Challenge with the theme Window. 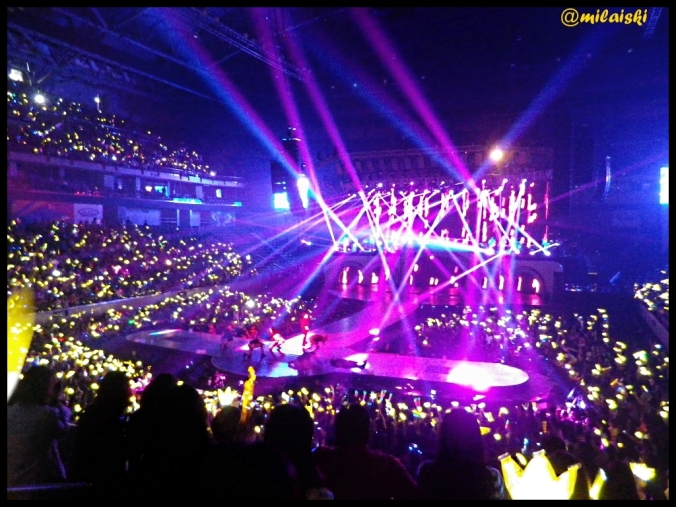 Saturated with light, people, colors, noise and music. That is life.

This post is my entry to Daily Post’s Weekly Photo Challenge with the theme Saturated.

The sea reminds me of….

…a fear that I have yet to overcome… 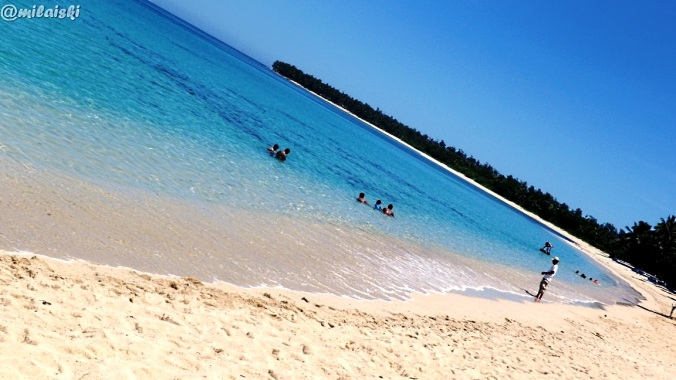 …a dream that I have yet to achieve… 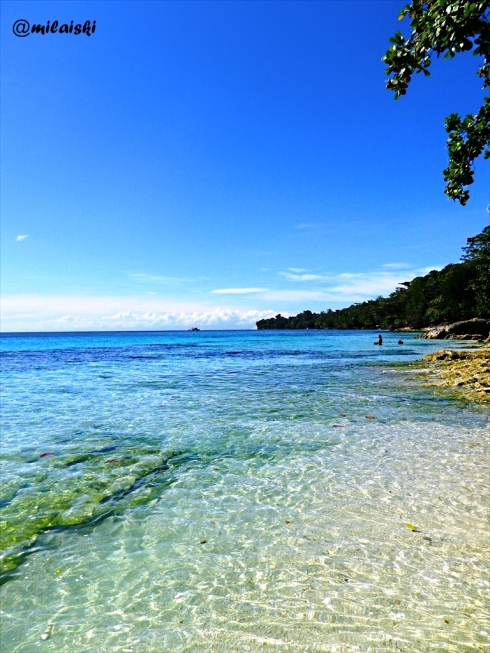 END_OF_DOCUMENT_TOKEN_TO_BE_REPLACED

I love traveling because it’s one of the few circumstances that I can let go of work and studies and be reminded of what it feels to be a like a child and express pure admiration at new discoveries. The Ilocos trip last week provided such a good refresher and the experiences I brought would probably leave me pumped for the rest of the year. I took a lot pictures but one that properly reminds me of the very  essence of being carefree is this kid that I encountered in the cave we visited:

Two ladies asked this kid to take pictures of them. When he was positioned at this side of the cliff, he missed a step and went out of balance. I was so scared for him but he just laughed out loud and then assumed a serious look and proceeded to take pictures of his subject.

I missed such kind of carefree-“ness (if ever such word exists)–the kind where I can confidently say, “Bahala na.” or “I’ll leave it to fate”.  I guess this is another reason I like to travel. I am allowed to get lost. I can admit that I do not know something. I take the wrong step without worrying a lot will be affected. I am allowed to be human and be child-like… something I am feeling less and less in my current environment.

I was also carefree… once and sometimes it’s really tiring to  act like an adult or be the adult.

This post is my entry to Daily Post’s Weekly Photo Challenge with the theme Carefree.

Hi everyone! I just came back from a six-day travel and I think I have the perfect shots to share for this week’s challenge: 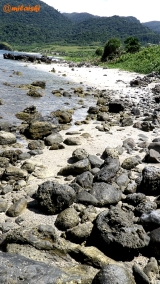 These were taken in Pagudpud, Ilocos Norte, Philippines near the Bantay Abot Cave. I tried two perspectives as I wanted a shot of stretch of the rocky shore line as well as emphasize the rock themselves. I will be sharing my Ilocos adventures soon. Hopefully, I will have some vacant time after I am done with my humongous school work.  Have a great week everyone and don’t forget to drop by Daily Post for this week’s entries.

Do you like the rain? I don’t. When you are in a country that experiences typhoon all year round, you’ll learn to hate it. However, it’s one of the most interesting phenomenon on earth and one of the biggest players why life in this planet is possible. So yeah, I still marvel when it rains especially when it means I can stay at home, read a book and cuddle my pillows.

Do I make any sense? Sorry, I’m meteoric right now. Been suffering from insomnia for four days now. I’ll blog with a better sense next week when I come back from my travel.

Do check out the entries this week at Daily Post .

Every time I go home to Bicol, I make certain to wake early on a particular day to take photos of mom’s beautiful flowering plants. Chasing the morning dew on the petals of  flowers is like trying to find a needle in stack of hay. However, once you are successful in doing so, you get a refreshing and elating feeling of achieving such feat. So.. here are some of my attempts at catching the fresh morning dew:

Check out all the entries for this week’s challenge at Daily Post.

I feel bad for not posting new pictures for this week’s challenge again. However, when I saw the the phrase “the golden hour”, my mind did a happy jump because I’ve been dying for this opportunity to come up. I think I already mentioned in a separate post that I love sunrise and sunsets. I simply love the light during such hours and the magic it instantly bring to the subject of the photograph. Today, I am sharing several “golden hour” photos that I collected over the years. First up is a picture of two trees which I took while waiting for a cab in Subic:

Silhouette of trees in Subic.

END_OF_DOCUMENT_TOKEN_TO_BE_REPLACED

The challenge this week provides such a great opportunity to “bring me back to the past” moments… very similar to the ‘throwback Thursday’ and ‘flashback Friday’ trends we observe in social media platforms these days. The pictures I am sharing this week are taken on the road while on my back to Manila from Subic. Here’s a glimpse to the rice fields of Pampanga and Bataan: 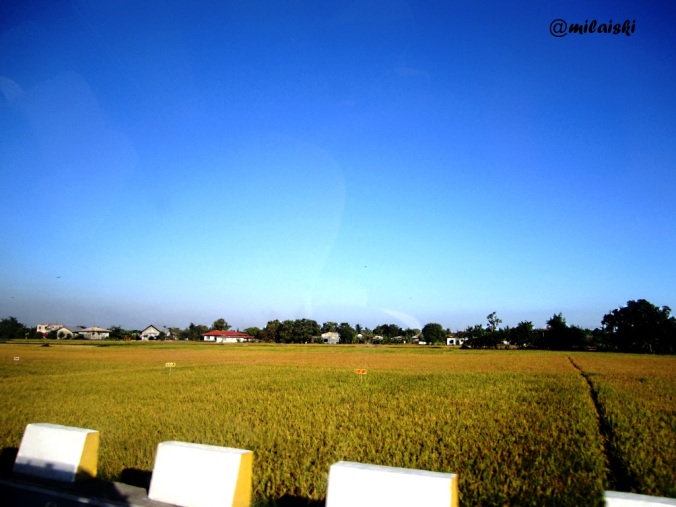 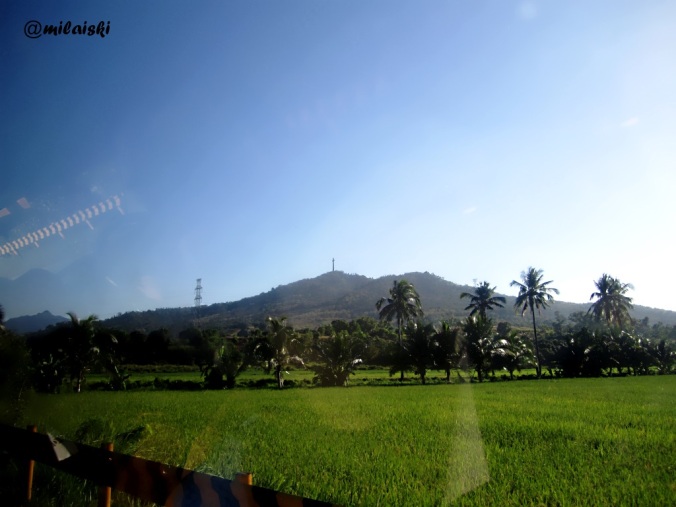 Rice fields make me miss my childhood days so much. As a kid,  I and my brother would often accompany our grandmother during lunchtime when she would bring food to the workers. Our rice fields were just located about two kilometers from our house, so it was just an easy walk. Because we grew up in this setting, we became familiar with the different methods of planting rice, as well as the processes (harvesting, etc) that come after. We also did strip cropping in some of our land so I have experienced planting and harvesting plants of all sort from tomatoes, corn, peanut, water cress, calamansi, rice, mung bean, etc. Oh.. how I miss the simple yet efficient rural lifestyle. Such a contrasting difference to the hectic yet stagnant life here in the big city.

Just random shots that I hope can show  how I perceive and appreciate things and places differently. 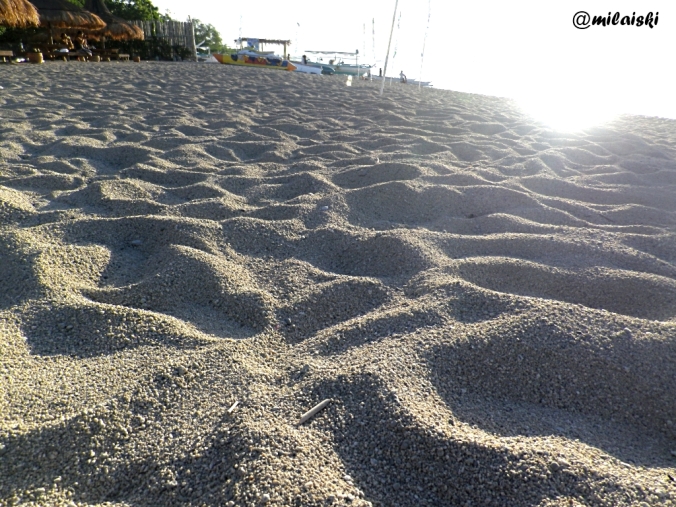 One of a kind.

Entries for this week’s challenge can be found at Daily Post.

Didn’t see this coming. I posted this week! 🙂 Anyway, for this week’s this theme, here’s a shot I took a few months ago. I so was fascinated with the ceiling of this structure. It fits the topic “curve” so aptly! 🙂 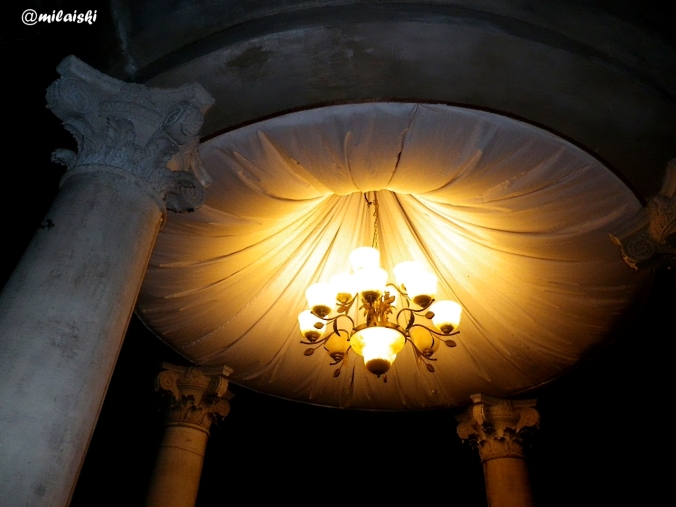 May you all have great days for the rest week and do check out the rest of the entries at Daily Post.

My idea of escape:

a place where no one knows me

a place where I can fully appreciate the wonders of nature

I feel bad I was not able  to post for two consecutive weeks. Thankfully, I managed to squeeze some time today  in my chaotic schedule. So here’s my take on this week’s challenge:

Meet my mom’s dog, Robbie! He’s an askal (asong kalye), the Filipino term for mongrel. He’s the one that came to my mind when I saw the theme because a friend once told me, “The pattern of his dog fur is so weird! Is he a dog or a tiger?” I realized yep… he indeed looks like a dog with the fur of a tiger.

Check out the entries for this week’s challenge at Daily Post.

Philippines has probably one the most extensive or detailed celebration of Holy Week. In my hometown, we don’t have just one procession, we have five. The first procession is held during the afternoon of Holy Wednesday. The second one is held on the  afternoon of Good Friday . Another procession is held late at night during Good Friday. We call it Soledad and  its route is  exactly opposite of the procession held in the afternoon. My mom said it symbolizes “tracing the path that Jesus walked on his way to the cross”. The fourth procession called Salubong (literally means welcoming the Risen Lord) is held very early in the morning of Easter and the final one during the afternoon of Easter Sunday.

Regardless of the day the procession is held, the setup is pretty much the same. There would be pasos or images of the saints or scenes in the Passion of Christ. There would be altars where the priest would stop to say a prayer. And of course, there would be people holding candles during the procession. When I was a kid, the processions was very organized. People fall in two lines beside the pasos. In between altars, we prayed the Rosary. Some even walked barefoot.

A lot have changed since then. Processions became more crowded but for the wrong purposes.  I know this is a tradition that will continue for a long time but whether the intentions and solemnity will be preserved is a different question.

Looking the world at eye level means taking things at is. On the other hand, looking up means discovering new perspectives, aiming for the intangible and fostering imaginations of what could be beyond the usual veil of blue we see. It pays off to look up every once in a while.

This picture was taken in Matukad Island, Caramoan. I wanted a different perspective of the cliff so I lied on the sand and took a picture of it.

Check out the entries for “Up” at Daily Post.