Another travel post! I don’t plan on turning this site into a travel blog but since it is what has been consuming my life lately, here’s another travel post. Last October 19-21, 2012, I was in Davao City to attend the 23rd annual convention of the Philippine Society for Clinical and Experimental Pharmacology. It’s very memorable because aside from the fact that it was my first time in Davao, it’s also my first official travel outside of Luzon. I handle big R&D projects but since most of them are based on Metro Manila and nearby provinces, I rarely get a chance to be on official business outside of Luzon. So when the opportunity came to go to Davao, I immediately grabbed it. I was blessed enough to come with my boss and my two officemates, Io and Ate Pearl, so the whole trip was  not so lonesome.

The convention proper was scheduled after lunch so we just took an early morning flight to Davao. We encountered several “interesting people” on NAIA terminal 2 as well as on the plane. The list includes Pop Fernandez, Rico Blaco, Jay of Kamikaze and I think half of the Philippine rock bands (but I hardly knew them). From the airport, we immediately proceeded to Villa Margarita Hotel to check-in. We then went to Davao Medical School Foundation, the venue of the conference.

There were three talks scheduled on the first day.  The theme of the convention was “From Inception to Prescription: A Short Course on Drug Development” so the topics ranged from structure elucidation, computer assisted design, and pretty much everything that is related to the long process of drug development. 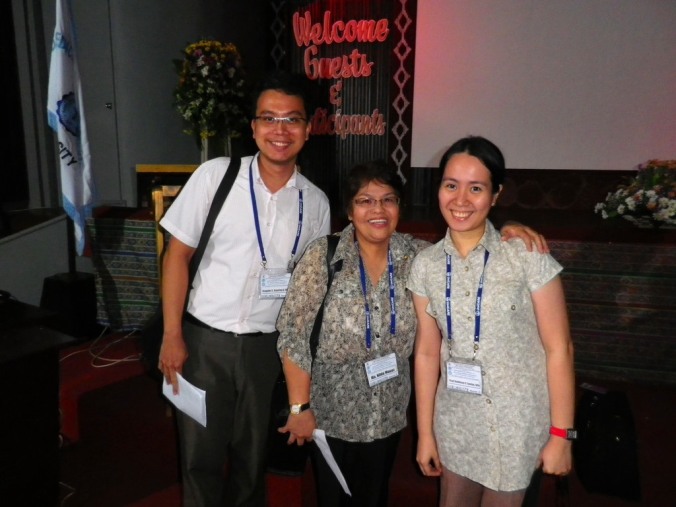 During nighttime, the society prepared a fellowship dinner. The event was held at Kai’s Bar and Grill, one of the restaurants in Jack’s Ridge. The area offered a outstanding view of the Davao skyline. After dinner, there were some games and it was so fun watching some of the prominent scientists and doctors play Pinoy Henyo and dance to Psy’s Gangam Style.

After the games, our boss and some of our consultants opted to have a round of drinks while Ate Pearl, Io and I toured around Jack’s Ridge. It was almost 10:30 already when we got back to out hotel so we called it a night.

Our Day 2 in Davao was mostly spent attending the lecture. There were about 10 lectures for the day so the convention ended at about 6 PM already. In the afternoon, Io’s uncle fetched us from DMSF and we had dinner with his family. Unexpectedly, the dinner turned to be a concert for cause by the PREX community where Io’s uncle belonged to.  It was such an interesting experience participating in a worship event with people I barely know but it was very fulfilling.

When we got back to the hotel, it was almost 9  PM already but we did not sleep until around 12 mn. Io, Pearl, and I talked a lot about our life, our jobs and our plans, something we rarely do everyday. So Davao was a welcome experience as it gave us both a chance to learn and relax. Additionally it made me realize (or realize again) the following:

1. We may have a desk job most of the time but our work translates far from the papers we write, from the R&D evaluations we made, etc. The R&D cycle is so big that a day idling can affect a lot of people working for a project and the end-users waiting for the benefits of the project. We are in a game where everyone should be proactive because if not the S&T in this country will really remain stagnant.

2. Scientists and doctors are very busy people and I still find it hard to comprehend how they juggle their schedule. But at the end the day, regardless of whatever they have achieved, they are still people who enjoy good food, dancing and relaxing. I occasionally ask, “what should I do to be like them?” or “Do I really want to be like them?”. I still do not know the answer but one thing is for sure, I’d like to have the happy look in their faces when they talk about doing the things they love and doing it for the benefit of the people.

3. There a lot of stories behind a person’s physical existence. There is a lot to learn, a lot of stories to tell. One must always keep in mind every person is different. Every person has his definition of what comfortable means. Once we are able to recognize this, we can actually gain a lot from what each one of us has experienced in life.

With those learning in mind, I contentedly concluded my Day 2 Davao and looked forward to our free day.

On our last day in Davao, we visited some of the sites int the city proper. Our first stop was the Long Hwa Temple located at Cabaguio Avenue.

The security guard was kind to tour us around. We were welcomed by several interesting sculptures and rooms. 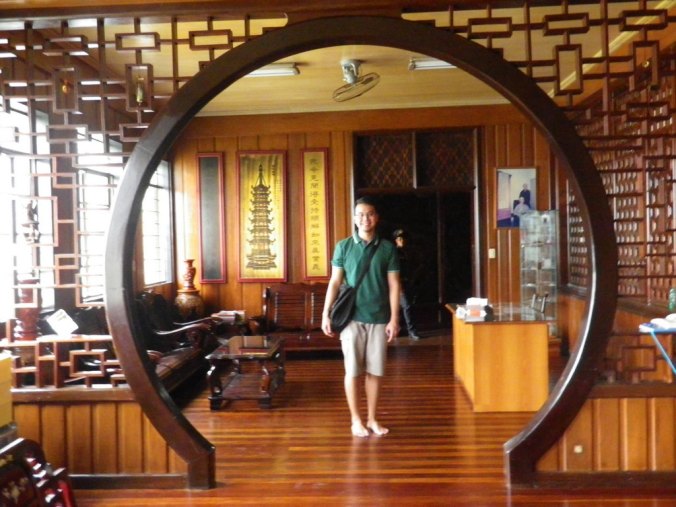 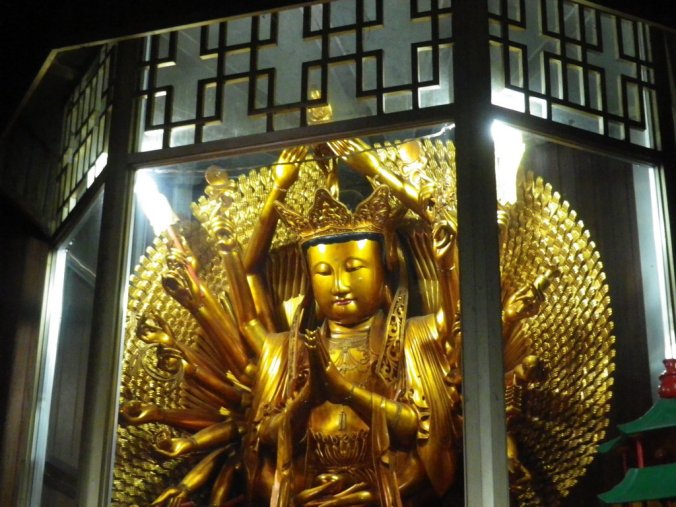 From the temple, we proceeded to San Pedro Cathedral. Unfortunately, a mass was being held when we arrived so we didn’t have the change to view the altar up close. The Magsaysay Park, Davao City Hall and the Rizal Park was just across the church so we also walked around the area. Sadly, I wasn’t very impressed.

For God. For the Country.

It was almost 11 am by the time we were done touring the area so we proceeded to Ah Fat Seafood Plaza, a chain of restaurants famous for the seafood dishes. We only ordered small servings of baked prawns with cheese, sauteed scallop, and beef with ripe mango but we were surprised at how the big the serving was:

After lunch, we dropped by Abreeza to buy pasalubong. We then checked out and stayed in the house of Io’s uncle until our around 4 PM. At around 6:30,we boarded the plane back to Manila, leaving a place I hardly knew when I arrived, and still hardly know when I left.

I wasn’t impressed by Davao city proper as much as Cebu City impressed me. But I was not in Davao not for travel but for work so hopefully my opinion about the city will still change I get back for vacation on December. Nonetheless, this trip will remain poignant because it made me realize and appreciate more what I do for a living. When I travel, I often learn about myself and the places I visit. I also end up asking myself whether it’s worth  doing an 8 to 5 job. Surprisingly, it is also through a travel that I learned the answer to my questions. And it is an astounding YES. It is worth it.

This will always remind me that there is beauty in every ugliness .

13 thoughts on “(Travel Diary) Davao on a Whim”